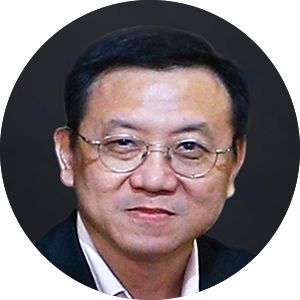 Boon Siong has over 25 years of experience in various industries and holding different responsibilities in research departments, user organisations and vendor service providers. In particular, he spent many years in insurance companies, have a diploma in actuarial science and am still closely associated with the industry as a partner.

He is also in the sustainability space as it is becoming important for everyone to co- exist in this ever-shrinking world.

He is familiar with the regional markets having been in charge of the whole APAC region when he was with CallidusCloud, and has intimate knowledge of China, Indonesia and Vietnam markets as he had direct responsibilities to set up offices and manage the operations there to support the regional expansion of Great Eastern.

Having schooled in the UK and worked for a US Silicon Valley company, Boon Siong has a good understanding of both Western and Asian work culture, and also traditional and start-up environments. In addition, he has some knowledge of several Asian languages allowing him to build good relationships quickly in the various countries. Prior to these, he spent several years in government service and hence understand both public and private sectors well.

Boon Siong read Mathematics at Cambridge University and graduated with triple first class honours in 1990. He also holds a Diploma in Actuarial Science from the Institute of Actuaries.