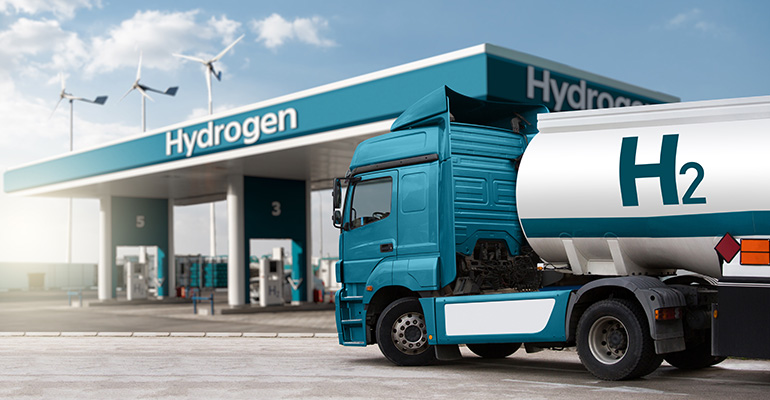 The Green BRI is in tandem with China’s top leader, President Xi Jinping’s initiative to reach “peak emissions by 2030 and carbon neutrality by 2060”. The progress towards a Green BRI started when China released a “Guidance on Promoting Green Belt and Road” in 2017. That same year, speaking at the Belt and Road Forum, President Xi proposed to establish “an international coalition for green development on the Belt and Road” and “provide support to related countries in adapting to climate change.” Two years later (in 2019), President Xi went further, pledging to pursue an “open, green and clean” BRI.

China has also taken steps to overcome a major flaw in its past approach to “greening” BRI: its reliance on local environmental standards, no matter how low those standards might be. In July 2021, China’s ministries of commerce and the environment jointly issued Guidelines for Green Development in Foreign Investment and Cooperation that recognise problems with host countries’ environmental rules and suggest that companies “follow international green rules and standards.” Even on a voluntary basis, the push to bypass local standards in favour of more stringent and transparent international ones could be a big step.

With a pledge directly from President Xi, China is certainly serious about sustainability along the Belt and Road. Following President Xi’s announcement, the Bank of China, the world’s largest supporter of coal-fired power over the past five years, stated that from 4Q 2021, it would no longer provide financing for new coal mining and coal-fired power projects abroad, but it would continue to support those projects whose contracts it has already signed.

China has also pledged to “step up support for other developing countries in developing green and low-carbon energy.” As one of the world’s largest producers of solar, wind, and hydropower, it will be critical for China to share its green energy technology with its BRI partners by increasing its financing for and construction of renewable energy.

There is an imminent, even urgent need for China to enhance international cooperation in a multipolar world: to enable an accelerated global pace toward “greener” growth which would have monumental implications for both physical and financial markets, reshaping international alliances and governance.

This article will focus on the building the Hydrogen Economy which in turn will propel the energy and transportation sector to become greener and lower carbon.

BRI investments and construction, based on AEI estimates from 2013 to 2021 amounted to $838 billion with Energy and Transportation sectors accounting for 63% of total BRI investments.1The China Global Investment Tracker (CGIT) is the only comprehensive public data set covering China’s global investment and construction, which are documented both separately and together. Inaugurated in 2005, the CGIT includes over 3700 large transactions across energy, transportation, technology, property, and other sectors, as well as more than 300 troubled transactions. The full list, with the amount, Chinese parent company, host country, and sector, is available for public use with the proper citation. The tracker is published by the American Enterprise Institute.

The BRI has now outgrown its original regional corridors, expanding to all corners of the globe; more than 140 countries have MOU with China. (See following illustration) so China as a leader in the Hydrogen Economy could open up collaborative opportunities in the Belt and Road Initiative (BRI) for Singapore and ASEAN as well as with key global players such as the US and EU.

The BRI is China’s President Xi’s signature foreign policy undertaking and the world’s largest infrastructure programme. Since the BRI’s launch in 2013, Chinese banks and companies have financed and built everything from power plants, railways, highways, and ports to telecommunications infrastructure, fiber-optic cables, and smart cities around the world. If implemented sustainably and responsibly as envisaged, the BRI has the potential to meet long-standing developing country needs and spur global economic growth.

The BRI was initially designed to connect China’s modern coastal cities to its underdeveloped interior and to its Southeast, Central, and South Asian neighbours, cementing China’s position at the center of a more connected world.

The initiative has since outgrown its original regional corridors, expanding to all corners of the globe. Its scope now includes a Digital Silk Road intended to improve recipients’ telecommunications networks, artificial intelligence capabilities, cloud computing, e-commerce and mobile payment systems, surveillance technology, and other high-tech areas, along with a Health Silk Road designed to operationalise China’s vision of global health governance.

Hundreds of projects around the world now fall under the BRI umbrella, let’s focus on greening the energy sector, China’s biggest carbon emitter.

One key opportunity is for Hydrogen to green the BRI and for the BRI to enhance the Green Hydrogen ecosystem. Green hydrogen could potentially play a major role in greening the Belt and Road Initiative (BRI), especially for decarbonising hard-to-abate sectors such as transport. (See Illustration below)

As many Chinese investments in Belt and Road countries go to transport infrastructure, and as one of the goals of the BRI is to accelerate trade, opportunities to incorporate hydrogen logistics in shipping, trains, trucks, and buses could be abundant. Particularly, liquid hydrogen could become an option for container ships and green China’s “maritime silk road”, in which Chinese firms are involved in either building or operating 42 ports in 34 countries.

The global shipping sector currently emits more of these gases each year than all but the top five emitting countries, at almost 1 gigatonne of CO2 equivalent. China’s 14th Five-year Plan actively encourages the adoption of green energy in shipping industry. While currently fuel cells are mostly used in a few small and medium-sized ships and military ships, it was found that 99% of overseas shipping diesel could be replaced by hydrogen, by simply replacing 5% of cargo space with hydrogen fuel cell. By following the UN International Maritime Organisations’ (IMO) deal to at least halve global shipping emission by 2050, China as a major manufacturer of ships, owner of ports, operator of logistics should formulate an integrated hydrogen strategy for shipping industry.

While Chinese companies make efforts to divert investments from carbon-intensive projects to renewable ones overseas, it could also incorporate green hydrogen in these areas, both as a tool to improve renewable energy efficiency and as an opportunity to green the BRI.

The hydrogen industry offers numerous opportunities and requirements for investments. The research and development must be supported through existing industries that should accelerate a shift from brown to green energy as well as through government funds and programmes (e.g., in universities and innovation zones). The infrastructure for hydrogen transport and storage could be financed by public-private partnerships as it can be understood as both public good and as it requires patient capital to pay off. The application of hydrogen technology in mobility or other sectors should be led by market forces that can apply finance instruments depending on the maturity and risk of the product, where higher risk products could use private equity and more established companies and products could tap the bond markets or obtain loans.

The national or local authorities should also continue to provide subsidies for the application of hydrogen technologies in order to overcome the current cost-disadvantage that hydrogen applications still have. The government funds could further accelerate when using revenues from emission trading systems (ETS) for hydrogen development funds or subsidies.

International cooperation in developing hydrogen technologies and applications are relevant but must be handled with diligence. Many countries have developed national hydrogen strategies with ambitious goals and investments. As such, many core technologies will thus be seen as a source of competitive advantage for different countries. Yet, in order to ensure compatibility of hydrogen applications, it is of great importance to strengthen cooperation at minimum in setting standards and avoid similar difficulties; for example in the electric vehicle industry where standards for charging are still contentious.

Apart from developing and adopting international standards with organisations like the Hydrogen Council and International Organisation of Standardisation (ISO), it is essential to guarantee the safety of hydrogen production, transportation and refueling.

Finally, to facilitate the application of hydrogen for greening the Belt and Road Initiative, especially in the transport sector, China through its policy banks and State-Owned Enterprises in transport should establish a green Maritime Silk Road by building pilot ports that provide hydrogen as a fuel and encourage Chinese shipping companies to switch to hydrogen fuels.

In conclusion, hydrogen as a form of energy has great potential to contribute to a zero-carbon economy and to unleash innovation in China and the Belt and Road Initiative. Research, investments, and strong policies coupled with international cooperation and the willingness to think big are therefore critical for improving the efficiency of hydrogen production, storage and transportation and guaranteeing the long-term success of the industry.

*This is an extract of edited remarks made by the author at a panel discussion at the Sino-Singapore dialogue organised by the Nanyang Centre for Public Administration of the Nanyang Technological University on 24 July 2022.

Decarbonisation in the Transportation Sector & the Quest for Net Zero